And that fun time has whetted her appetite to give a reasonably good showing with her partner Chan Peng Soon in the mixed doubles event at the US$1.5mil (RM6.2mil) World Tour Finals starting tomorrow at the Tianhe Gymnasium in Guangzhou, China.

“It was a fun and relaxing time. We were like little kids having loads of fun, ” said Liu Ying.

“I enjoyed it very much because I do love to eat dim sum too.

“I hardly cook at home because I’m alone, it’s easier to eat out. But I do know how to cook and maybe, I’ll try this recipe during the free time when I get back home, ” said the cheerful Liu Ying.

On her recipe for success at the Finals, Liu Ying said it all depended on her condition.

Liu Ying picked up an ankle injury during the Korean Masters in Gwangju last month but she is on the road to recovery. 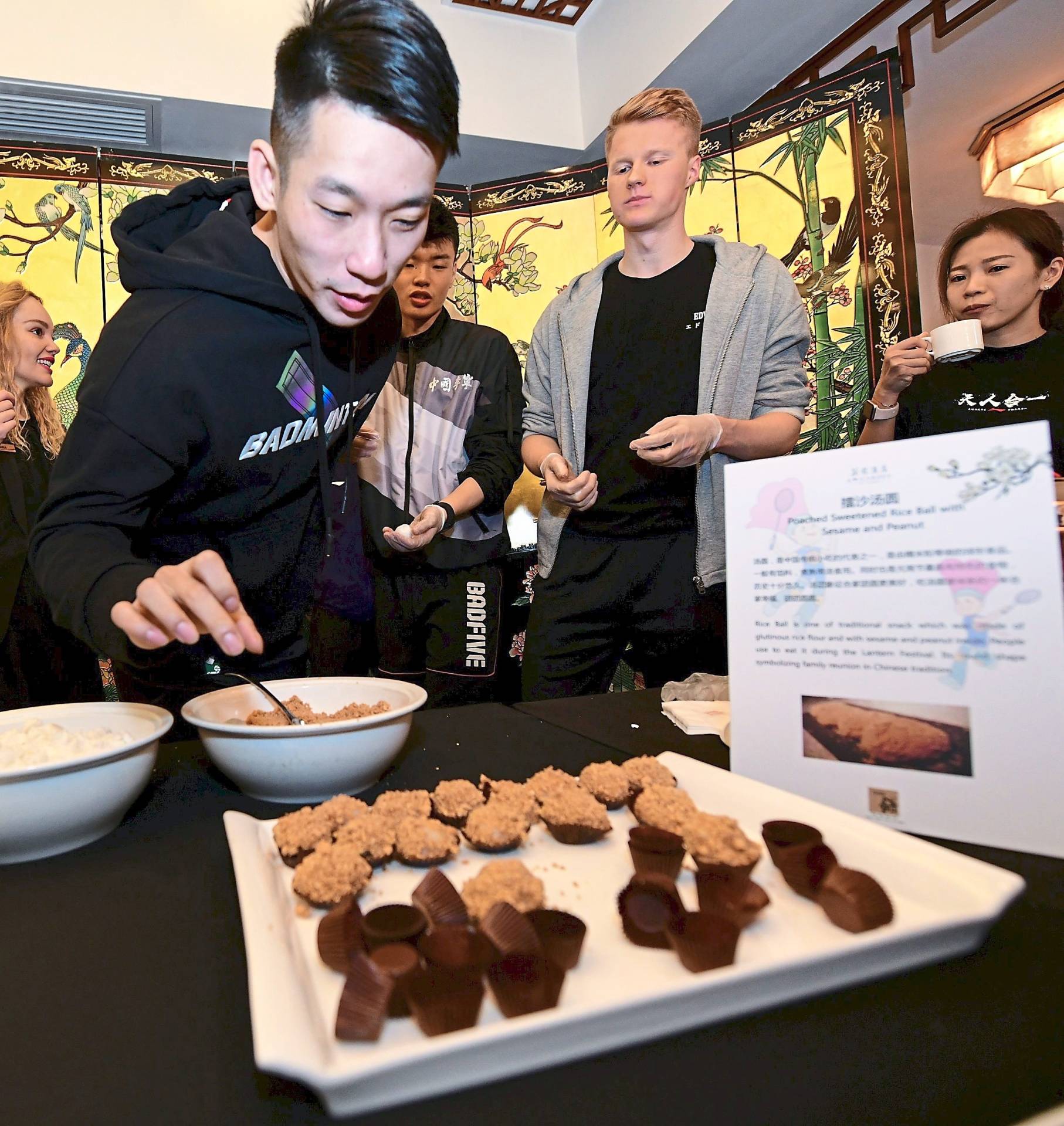 “I’m 70% better but I’m not sure whether that will be good enough to challenge all these top pairs in the Finals. Peng Soon and I will be cautious but we will try to clear the group stage.”

Peng Soon-Liu Ying, the Thailand Masters and New Zealand Open champions this season, are in Group A together with Dechapol Puavaranukroh-Sapsiree Taerattanachai (Tha), Wang Yilyu-Huang Dong-ping (Chn), and Seo Seung-jae-Cha Yu-jung (Kor) based on the draw done for the Finals by the BWF yesterday.

Only the top two pairs from each group will advance to the semi-finals.

World No. 6 Peng Soon-Liu Ying will be making their fourth appearance in the Finals. Their best outing was reaching the semi-finals of the now-scrapped Superseries Finals in Kuala Lumpur in 2013.

The only other Malaysian representative in the Finals are reigning SEA Games champions Aaron Chia-Soh Wooi Yik, who have been drawn in Group B with Indonesian world champions Mohd Ahsan-Hendra Setiawan and Taiwanese Lee Yang-Wang Chi-lin and Lu Ching-yao-Yang Po-han (Tpe).

Aaron-Wooi Yik are making their debut in the Finals but they have all the credentials to upset big names.

The Finals is the season finale of the BWF’s World Tour events – only the top eight singles and doubles players in every event get to play in the prestigious Finals.